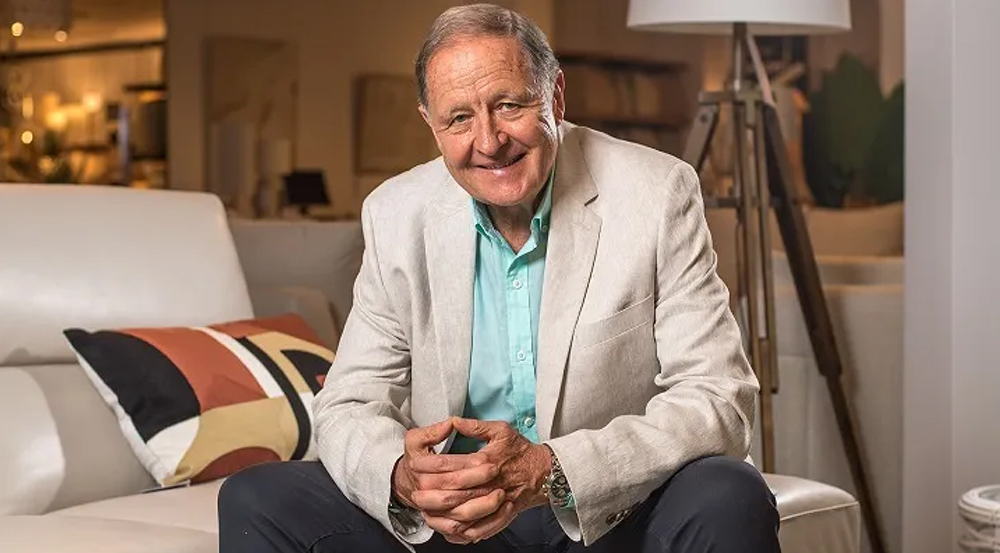 In a retail career spanning over 30 years, the global supply chain crisis caused by Covid-19 has been one of the most challenging situations Greenlit Brands boss Michael Ford has ever faced.

“There is less freight available than there’s ever been, and demand has never been higher, so your working capital is enormously at risk because demand is exceeding supply,” Ford, Greenlit Brands’ executive chairman and group CEO, told Inside Retail.

“I would say it’s the most challenging [situation] we’ve faced, and unlike apparel, which you can air freight, in the furniture industry, you’ve actually got to get it in containers and ship it because they’re bulky goods” he said.

The global shortage of containers and backlog of ships waiting to be unloaded at ports has resulted in lead times of up to six months for made-to-order furniture in the Freedom business, and while in-stock businesses, such as Fantastic Furniture, have been less affected by these delays, they have seen a significant increase in the cost of shipping.

“Freight rates have gone up over the last nine months by four to five times what they were historically,” Aaron Canning, Greenlit Brands’ chief operating officer, told Inside Retail.

“We hedge our freight requirements. However, freight forwarders and the like aren’t adhering to those contracts, so that’s totally changed the global logistics market.”

Another 12 months of disruption

The rising cost of shipping has flattened off recently, though it’s still well above what it was two years ago, and factory disruptions in Asia have abated, but Ford believes it could be another 12 months before the supply chain returns to normal.

“When the pandemic arrived, the people manufacturing freight, whether it be ships or containers, reduced their manufacturing significantly, and as a result, we’ve suffered,” he said.

“Our view and the view of our merchants is that 2023 is probably when we will see it stabilise.”

However, while the supply chain crisis has made managing inventory and customer expectations difficult, it has been good for Greenlit Brands’ balance  sheet.

“We have paid off all our debt, local and offshore, and made sure that our balance sheet and our cash position is strong, and one of the reasons [we’ve been able to do that] is because of the efficiency of working capital in the furniture industry,” Ford explained.

“There’s no local manufacturing, it all comes from offshore, so you have to sell into a lead time, and you have to take a deposit. If you manage that efficiently, it can be cash flow positive, and we’ve found ourselves in that situation.”

Group profit was up 39 per cent in FY21 on revenues with written sales of approximately $1.5 billion. All four brands are cash flow positive and profitable, Ford said.

‘We were on a knife’s edge’

It’s a rapid turnaround from December 2017 when a massive accounting scandal at Greenlit Brands’ parent Steinhoff International threw doubt on its very survival. Steinhoff, which had been funding the local operation (then called Steinhoff Asia Pacific), saw its share price tank from €3.50 to 30 cents in a matter of weeks.

“Immediately I was in front of what’s known as the ‘bad bank’. You have your relationship bankers, then you have the credit [bank], and then you have the bad bank. And it’s like walking into an ambush with those guys,” Ford said.

“They were going to pull our credit line on the 22nd of December, I remember it was a Friday, and we were faced with the dilemma of basically going into administration.”

“During that period, we were on a knife’s edge,” he said.

Every cost in the business was scrutinised for potential savings and new senior leaders with operational expertise were brought in, including Canning, Freedom CEO Blaine Callard, Fantastic Furniture CEO Kieron Ritchard, and OMF CEO Ian Vann.

At the same time, the general merchandise division, which included Debenhams, Best & Less, and Harris Scarfe in Australia, and Postie in New Zealand, was offloaded to private equity firm Allegro in 2019 to allow the group to focus on its core strength in furniture.

“The number one priority is to enable these brands to perform better than they have historically, so that they appeal to acquirers who will be a great home for the colleagues in those stores,” Ford said.

Investing in technology to continue to improve the brands’ digital offerings is key. E-commerce sales have increased from approximately $60 million in 2017 to $300 million today, and they now represent over 30 per cent of total sales at Fantastic Furniture. Across the group, this figure is over 20 per cent.

“The shareholders’ direction is to transact the businesses, but there’s no hurry. Build them, make them successful, and give us the best possible value. That’sour goal,” he said.

[This article was reproduced with the permission of Inside Retail.]